You are using an outdated browser. Please upgrade your browser to use this web site. 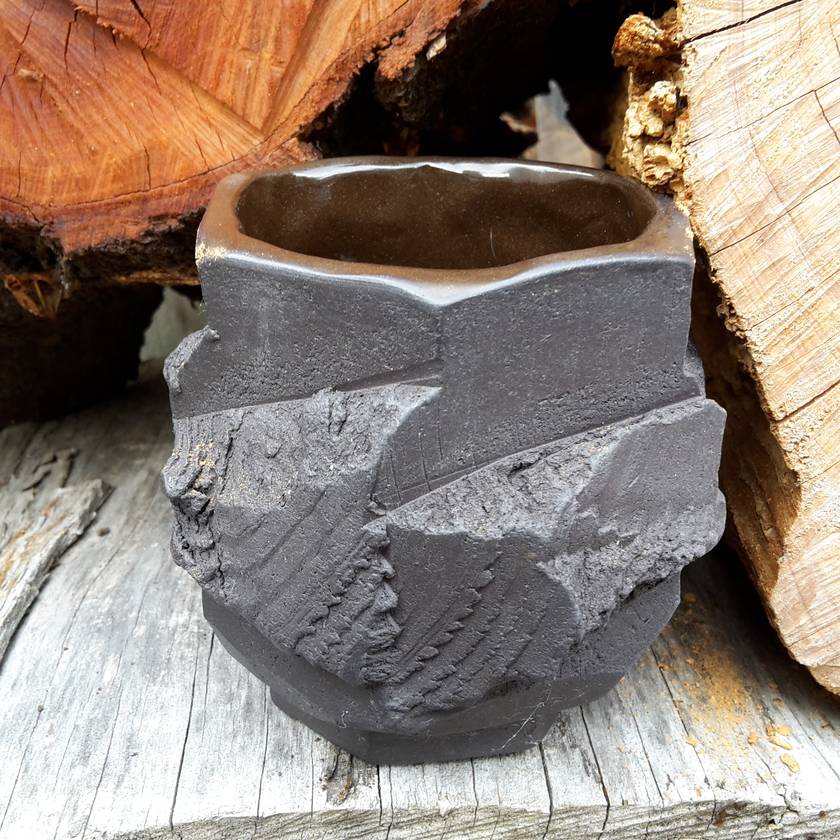 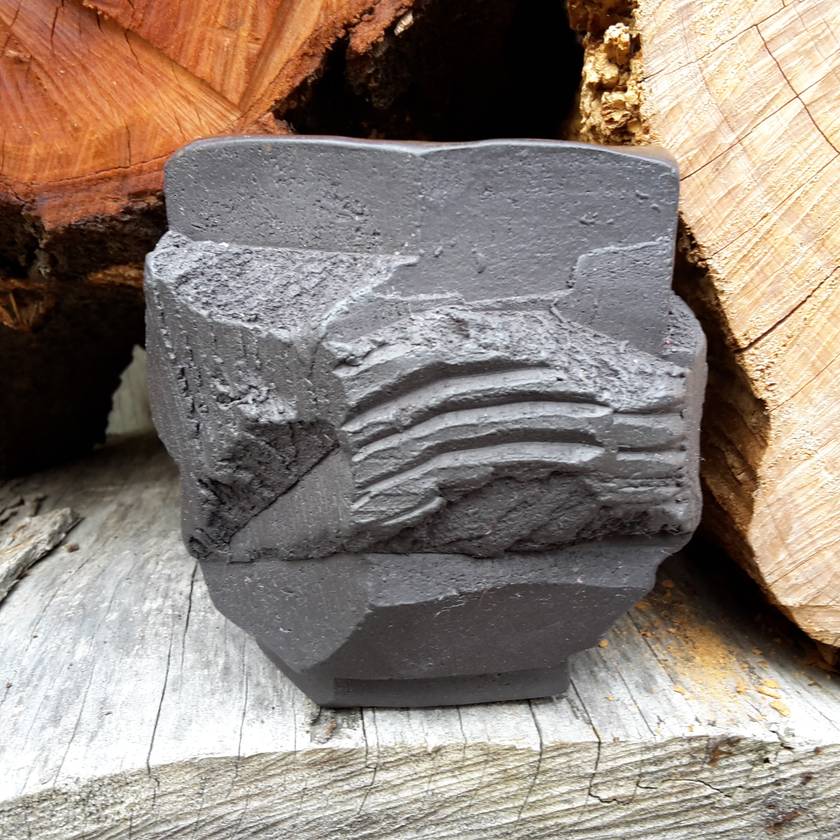 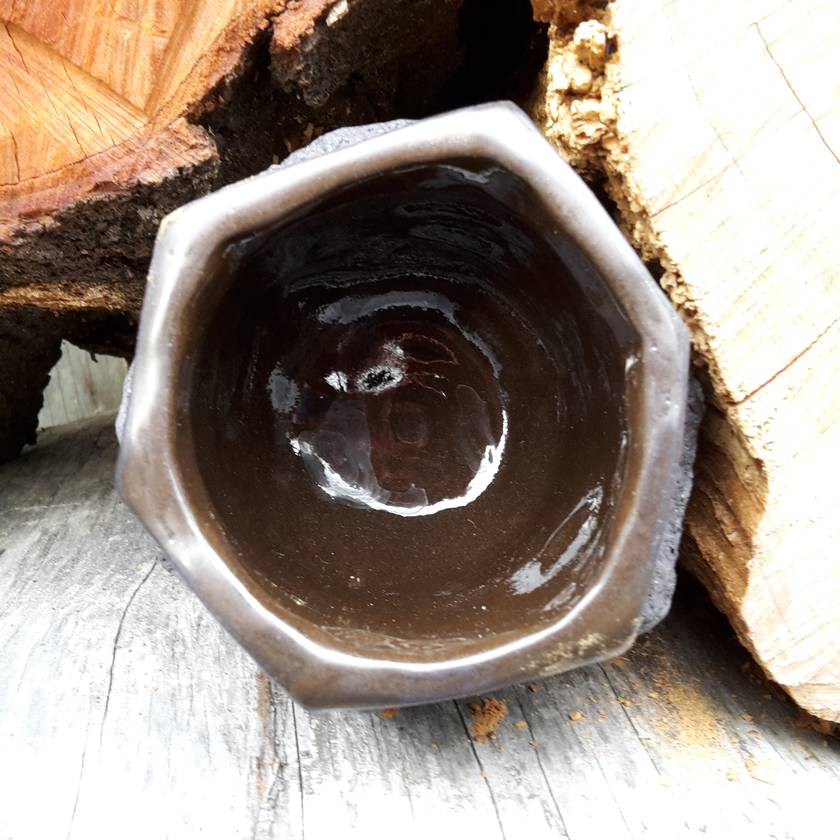 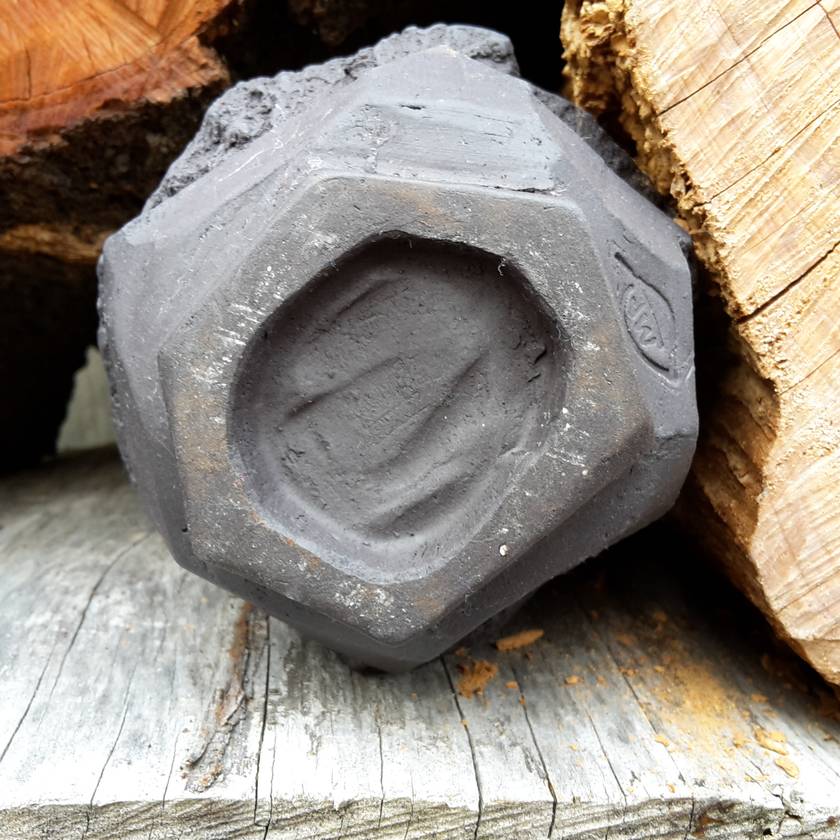 NZ $80.00
Only 1 available
add to basket
add to favourites  add to wishlist  add to showcase
share  tweet
Kurinuki is a traditional Japanese technique of carving out a vessel from a single block of clay. Each kurinuki cup is hand carved and uniquely sculptural. This cup has been carved from black clay. It has been fired once prior to being glazed inside. The exterior has been left unglazed to emphasise the rocky textures. A second firing reaches over 1200 degrees Centigrade.

Kurinuki vessels remind me of the patterns of destruction and creation in the earth beneath my feet. Living on the lower slopes of Banks Peninsula, the shearing force of earthquakes has particular salience. I appreciate the wabi-sabi of Kurinuki vessels. Wabi-sabi is a Japanese term that indicates the acceptance of transience, the imperfect and incomplete. Engaging with a wabi-sabi object can remind us of the power of nature, the passing of time, and that we are not separate from our surroundings.

This cup is W90mm x H80mm and holds 220ml (not quite filled to the brim).
A Kurinuki cup is somewhat heavier than a cup made by other methods. This one weighs 375g.

I want you to be happy with your purchase. In the unlikely event that there is some issue please contact me either directly or through the Felt message system so I can put it right.